DEEP WELL INJECTION GOOFED >>> AND NOW THEY WANT TO DO IT AGAIN...EVEN THOUGH THEY KNOW BETTER 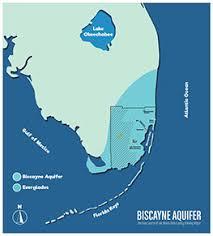 You know, the older I get,  I am just amazed at how foolish and uninformed many of our elected and appointed officials can be.

Florida, with one of the greatest freshwater reserves in the United States, also is ownership of political morons ( PMs ) who want to once again inject treated waste water into the aquifers.

Miamians get nearly all of their drinking water from the Biscayne Aquifer, a clean source of natural H2O that stretches underground from the southern tip of the state north to Palm Beach County. This being Florida, developers, utility companies, and scammers of all stripes are constantly devising new and ... http://www.miaminewtimes.com/news/florida-bill-allows-sewage-dumping-in-drinking-water-aquifers-10159304

The PMs point out that the waste water will be treated to "legally safe" levelsbut fail to comprehend that many of the contaminates are not included because they are unregulated and many are under-regulated awaiting further studies.

Almost 25 years ago, I was astonished that government legislation permitted  the injecting of minimally treated sewage and waste waters back into the Earth in a process known as "Deep Well Injection".  There was no history of success anywhere...it became a theory in wide spread practice.  Today many cities are floating over billions of gallons of this stuff.  Now history has spoken and it's an unsavory speech as you will read below.

Remember from previous Splash NewsBulletins...treated and untreated sewage also includes residual chemotherapies, hormonal drugs, antibiotics, detergents, greases, virus, cysts, bacteria...all of which your Patented Aquathin RODI Process easily handles...and No One Does It Better Than You!  I love my Aquathin !!

FOR THE BEST TASTE IN LIFE Think Aquathin..AquathinK !!

TALLAHASSEE, Florida, June 11, 2003 (ENS) - Before Christine Todd Whitman resigned from her office as administrator of the U.S. Environmental Protection Agency (EPA) in May she had decided to sign off on a rulemaking decision drawn up by EPA water administrators declaring Florida exempt from certain provisions of the Safe Drinking Water Act.

Published in the Federal Register on May 5, the exemption will permit Florida to legally pollute drinking water aquifers with inadequately treated waste through municipal underground injection control (UIC) wells.

EPA administrators, including Whitman, have been reviewing a problem that arose when the federal agency advised the Florida Department of Environmental Protection (FDEP) in the late 1970s to initiate a program of disposal of municipal sewage and industrial waste by injection underground into deep injection wells.

A Fortune 500 engineering consulting firm, CH2M Hill, had assured all parties that the injected underground waste effluent would be contained by a geological barrier and would not commingle with drinking water aquifers.

The injected sewage and industrial waste would also harmlessly be disposed of in deep saline aquifers and then migrate into coastal waters, the company said.Since the EPA gave approval for the underground injection of sewage and industrial waste, more than 120 Class 1 underground injection control wells have been built to service the unfettered growth in south Florida.Officials with the Florida Department of Environmental Protection estimate the flow of injected waste at over 400 million gallons daily, but environmental groups contend it is closer to one billion gallons every day.

Now there is a big containment problem.

Monitoring tests conducted by the EPA and the FDEP in the 1990s and again this year have shown the UIC waste is migrating upward into aquifers the region relies on for drinking water.

Algae that choke coral, and algal blooms that harm and kill fish and marine mammals, and dying sea grass beds are all associated with nutrient loading from sewage waste.

The health of Carysfort Reef off the coast of Florida has declined in the past 25 years. Corals that were healthy in 1975 are visibly sick by 1985, and dead and broken by 1995.

Government officials admit these events are occurring where sewage waste injected into Florida's underground sources of drinking water is migrating into coastal waters.

Still, federal and state governments have secured no funding to study the health implications of this contamination - the nation's largest violation of the Safe Drinking Water Act.

They have not funded studies of the environmental impact of municipal UIC waste migration into coastal waters.

The tourist, recreational, and resort industries have not expressed a concern regarding the economic impact of UIC pollution even though beach closings due to bacteria contamination and harmful algal blooms have increased since the inception of municipal UICs.

Florida's building, housing, and construction industries endorse the continuation of the current sewage disposal process that is less expensive than building advanced wastewater treatment plants with facilities to reuse the treated effluent.

Communities and residents of most of south Florida's counties have not repealed measures authorizing the expansion of municipal injection wells and have not expressed a health concern with the practice.

Only Pinellas County has decided to plug failed UIC wells and replace them with an extensive wastewater reuse program.

Although two Democratic state legislators this year proposed legislation to require a stricter accounting of UIC permitting, the proposal was not considered by the legislature.

Florida's UIC municipal waste disposal program is banned in other states because it is viewed as a health and environmental threat.

"Municipalities are reliant on these injection wells and they can't be shut down," she says.

Only two environmental organizations, the Florida Sierra Club and the Legal Environmental Assistance Foundation, have mounted a campaign to oppose the nation's largest violation of the Safe Drinking Water Act and the UIC destruction of Florida's marine ecosystems.

"The Sierra Club's Florida Chapter has been rebuffed by the state in a call for transparency of the state's underground injection control program that would enhance the public right to know," says Alan Farago, the organization's Miami conservation chair.

"Governor [Jeb] Bush and FDEP Secretary [David] Struhs failed to support a proposal which sought simply to account for the massive pollution of underground aquifers in Florida," he says.

To date there are no lawsuits being brought against the EPA, FDEP, or any local utility authority over the contamination of Florida's drinking water supplies.

A regional EPA official who walked out of the rule reversal sessions on Florida's UIC program held at EPA headquarters in Washington, considered the consequences with ENS on condition of anonymity. "The big question is, is the EPA violating the federal law National Environmental Policy Act with this action?" he asked.

The larger question according to the same EPA regional official concerns what legal precedent has been set by this EPA rule change of the Safe Drinking Water Act to accommodate a state's noncompliance with a national law that safeguards the American public and the environment.