Tech Bank #140 - It's standard operating procedure... a whole lot of bad water is better than none - NYC cited for not notifying customers about violations.

Tech Bank #139 - When is it OK to drink more pesticide?  I can't believe you even have to ask - Drinking water regs to allow more atrazine.

Tech Bank #136 - How to dry clean your delicates with your very own tap water - PCE contamination shuts down city well.

Tech Bank #130 - Suspected Viral pathogens of the Future - Half of all waterborne disease outbreaks causes are never found.

Tech Bank #125 - Bad Boy Report: Right in my own back yard - Florida to rescing city lab's certificate to test water.

Tech Bank #121 - If the Arsenic standard is unconstitutional, what do you call the intentional poisoning of Americans - Lawsuit to challenge the new standard for arsenic in drinking water.

Tech Bank #101 - I'll bet you live closer to a polluted waterway than you know - Few being prosecuted for water pollution.

Tech Bank #81 - Cancers on the rise and our environment is to blame--Who's minding the store anymore? - Escalating childhood cancers ignored.

Tech Bank #58 - Fallout Exposure---You are included - Almost all in U.S. have been exposed to fallout.

Tech Bank #45 - A new filter made from what!! - Unusual filter may help purify Bolivian water.

Tech Bank #41 - There's more in your beer than meets the eye - Fowl droppings could foul water, then beer.

Tech Bank #53 - World's water in jeopardy - 5 to 10 million deaths a year due to water related diseases.

Tech Bank #20 - Why Does the Coffee taste like #!*@ this Morning?!?! - Mistake by employee cited as cause of contamination.

Tech Bank #11 - Do you know why dogs drink from toilets?...They knew it was inevitable - Future brings toilet to tap.

Tech Bank #10 - We got our work cut out for a very long time. - Water infrastucture tab totaled.

Tech Bank #9 - Drugs in the Water - Prescription drugs turn up again in water.

Tech Bank #2 - Hey What's That Swimming Next to You? - US law would allow treated boat sewage discharge

Tech Bank #3 - PCE Contamination at Military Base - Military looks for children hurt by PCE in water. 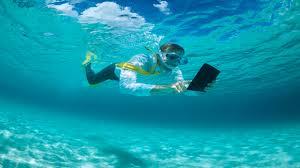