NEED ANOTHER REASON TO OWN AN AQUATHIN !?!?!?! >>>>"THE TRUMP SHUTDOWN IS AN ENVIRONMENTAL CRISIS" 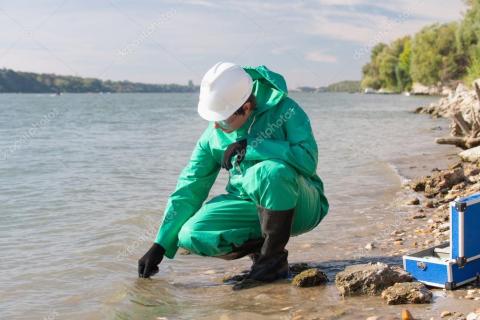 NEED ANOTHER REASON TO OWN AN AQUATHIN !?!?!?!  >>>>"THE TRUMP SHUTDOWN IS AN ENVIRONMENTAL CRISIS"Scheduled [safety] inspections are not happening. Groundwater data is not being processed. Drinking water sampling is not happening,

The Trump Shutdown Is an Environmental Crisis

Drinking water sampling is not happening, she said. ... including a plan to address widespread water contamination by cancer-causing chemicals.

The Trump Shutdown Is an Environmental Crisis By EMILY ATKINJanuary 21, 2019

The Environmental Protection Agency employs about 13,000 people to protect Americans from pollution. Last week, fewer than 900 were working, the rest having been furloughed due to the government shutdown. Among those who reported for duty was Andrew Wheeler, the agencys acting administrator and President Trumps nominee to succeed ousted chief Scott Pruitt. We are still on the job, he insistedduring his Senate confirmation hearing on Wednesday.

Wheeler said the EPA is still responding to environmental emergencieslike wildfires in California, which have become a year-round eventand still meeting court-ordered deadlines to make progress on regulations. But theres so much more the EPA does on a daily basis that is no longer happening, said former EPA regional administrator Judith Enck, who led Region 2 through two shutdowns under President Barack Obama. Scheduled [safety] inspections are not happening. Groundwater data is not being processed. Drinking water sampling is not happening, she said. This is going to be a problem if the shutdown keeps up.

Its already a problem. From the halt in monitoring of uraniumon the Colorado River and toxic algae in Florida, to the trash overflows and vandalism at national parks across the country, the shutdown is already causing environmental damage. As the Democrats on the Senates Environment and Public Works Committee pointed out:

Wheeler acknowledged on Wednesday that some the EPAs efforts to protect human health and the environment have been delayed, including a plan to address widespread water contamination by cancer-causing chemicals. But there is far more at stake than what Wheeler described.

The consequences of the shutdown on public health and the environment include the slow-down or cessation of clean-up work at hundreds of toxic Superfund sites across the country, a halt in most EPA inspection and enforcement activities, and a stop to new chemical and pesticide safety evaluations and approvals, a group of Senate Democrats wrote in a letter sent to Wheeler last week.

The Washington Post reported on Friday that communities near Superfund sites feel on edge and in the dark during the shutdown, unable to get updates about what the lapse in funding means for them. Its so crazy that a [toxic] site can be listed like ours, and then overnight we lose contact with the federal agency responsible for overseeing it, said one activist who lives near a nuclear waste site. Its like they have officially just gone away.

Some of the EPAs efforts to protect Americans from air pollution are also at risk. According to the Phoenix New Times, the EPA is supposed to monitor plants like the coal-burning Navajo Generating Station to make sure they have the technology to pollute as little as possible around national parks like the Grand Canyon. That process has stopped. The EPAs air quality monitoring around the Denka rubber plant, which had been emitting a likely carcinogen called chloroprene into the air, has also been halted.

The environmental damage caused by the shutdown goes beyond lapses at the EPA. As The Miami Herald reported last week, the National Hurricane Center has had to delay monitoring for next years hurricane season, putting preparations at risk. Other critical environmental efforts at the NHC have also slowed, including efforts to fight a mysterious new disease infecting the Florida reef tract, that now stands as the longest and largest disease outbreak among coral anywhere.

Meanwhile, scientists are seeing the interruption of key scientific research as a result of the shutdown, according to The New York Times. A government fellowship program to help early-career scientists do climate research is also on the verge of running out of funding. Were supposed to be the future of climate science and we cant do our jobs, one recipient told the Times.

These are not the worst repercussions of the shutdown. Millions of people are missing paychecks, including hundreds of thousands of federal employees (who will eventually be paid) and countless low-wage contractors (who probably will not be). Businesses that are dependent on an open government are struggling to survive. But the longer the shutdown drags on, the greater the risks will benot just for the economic security of some Americans, but the health of us all.

Emily Atkin is a staff writer at The New Republic.