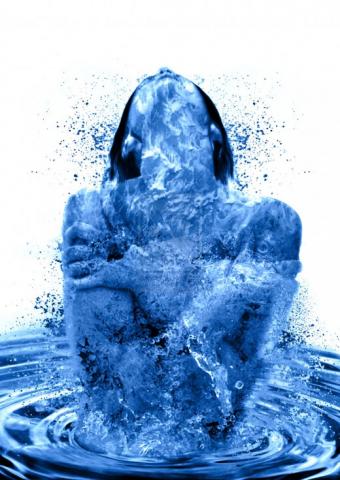 In the article below published in People, you will read about an alkalizer quackologist and his amazing junk science claimsthat regretfully the alka-lie-zer sales unaccredited doc preys on those who are science unknowing, using anecdotal deceitful stories tacticsand therefore, the prospective Customer /Patient  feels "I think I understood what he said"and ends up paying "77,000" for baking soda injections that fail to cure.  Most of the alka-lie-zer sales pitchers themselves are science ignorant, becoming hard core advocate presenters, as this quackologist,  because of a large commission from hokie junk science treatments and selling machines.

This article originally appeared on Health.

The creator of the alkaline diet  a favorite of celebrities like Kate Hudson and Jennifer Aniston is in the news again, and not in a good way. Robert Young, PhD, faces prison time for practicing medicine without a license, the BBC reported last week. He also allegedly defrauded terminally ill cancer patients, treating them with baking-soda infusions instead of traditional medical treatments.

Young co-wrote the book The pH Miracle in 2010, claiming that diseases are caused by acidity in the blood. His theory inspired a series of high-alkaline diets and cleanses, aimed at balancing pH levels by eating fewer foods that metabolize into acidic compounds in the body, and more that metabolize into alkaline ones.

In 2013, Victoria Beckham tweeted a photo of an alkaline diet cookbook, setting off a flurry of interest in this style of eating. Celebrities like Jennifer Aniston, Gwyneth Paltrow, Kirsten Dunst and Kelly Ripa have also voiced support for high-alkaline diets, and Kate Hudson touted one last year in her book Pretty Happy: Healthy Ways to Love Your Body. Theres even bottled alkaline water  a product with unproven health claims of its own thats been promoted by supermodel Miranda Kerr.

But in 2016, Young was convicted of practicing medicine without a license, a charge that carries a prison sentence of up to three years and eight months. A jury was deadlocked on several other charges against him, including defrauding patients out of money. Prosecutors argued that he led terminally ill cancer patients to believe he could cure them with expensive baking-soda treatments to flush dangerous acid out of the body, he told them at his California ranch. The San Diego Union-Tribune reported that Young would be re-tried for theft-by-fraud and other charges.

Young has touted himself as a doctor and a naturopath over the years, but his doctorate in nutrition is from a non-accredited, now-defunct correspondence school, and he does not have a medical degree, according to the BBC.

This week, the BBC reported on one of those cancer patients, a 27-year-old British woman who flew to California and paid Young more than $77,000 in 2012, in hopes that his treatments could save her life. She died after spending about three months at Youngs ranch.

When reporters asked Young if he felt remorse for his actions, he told them he did not, because of the thousands if not millions of people that have been helped through the program.

But, like his cancer treatments, theres little evidence to support the theory behind his now-famous diet. Its true that foods vary in terms of their pH levels, but eating patterns have not been shown to have a real effect on body chemistry.

We have an incredibly sophisticated machinery to keep the pH levels where they should be throughout the body, and theres not a lot that you can do, eat or drink to change that, said Evan Dellon, MD, a gastroenterologist and associate professor of medicine at the University of North Carolina School of Medicine, in a previous interview with Health.

That being said, many of the foods recommended for a high-alkaline diet are healthy for other reasons like fresh fruit, vegetables, nuts and seeds that are high in antioxidants and fiber. Likewise, foods on the high-acid avoid list tend to be less good for you: meat, dairy, refined sugar, caffeine and anything processed.

So while the alkaline diet may not be great in theory, it may actually have health benefits in practice. Rather than buying into unproven health claims about the bodys pH levels, though, focus on the other benefits of the foods it promotes.

In 2013, Health contributing nutrition editor Cynthia Sass wrote that it was too early to know how popular the fad of high-alkaline diets would become. Regardless, she wrote, I hope that its emphasis on eating more fresh, plant-based foods, and getting rid of the junk, is here to stay.

Thanks for all the Feedbackand thanks for the many humorous responses.  Seems we could have sold a dozen Turboencabulators too !!!

[ Wikipedia has one too:  The turboencabulator or turbo-encabulator (and its later incarnation, the retroencabulator or retro-encabulator) is a fictional machine whose alleged existence became an in-joke and subject of professional humor among engineers. The explanation of the supposed product makes extensive use of technobabble.  The gag was popular for many years. The following quote is from the Time article. General Electric, Chrysler and Rockwell Automation use many of the same words.[1] ]

P.S. When responding please continue 'REPLY' to include all previous correspondences on this subject.  Like us on

From: Tech Support Sent: Friday, March 25, 2016 12:21 PM To: Info Aquathin Subject: FORUM Q & A: HOW ALKALIZER SALES REPS "SEDUCE" THEIR TARGETS -- "I think I understood what he said" Importance: High

Aquathin has presented 10 Forum Q & A's over the past several years, concerning "alka-lie-zer" hokie junk science.   Today's Forum Q & A concerns why someone buys off on this.

The alka-lie-zer sales pitcher preys on those who are science unknowing, using anecdotal deceitful stories tacticsand therefore, the prospective Customer feels "I think I understood what he said".  Most of the alka-lie-zer sales pitchers themselves are science ignorant, becoming hard core advocate presenters because of a large commission from machines selling $3500 to $7500.

The best way to show you what is occurring, is in a comparison of the alka-lie-zer gobbledygook pitch and a high tech pitch that most of us would believebut is absolutely meaningless !!!

First, an alka-lie-zer pitch sent me this morning in an unsolicited solicitation from a Kangen rep in New York (yes I get this stuff too, and sent to you in previous Forum Q & A)

From Ms. Y.B. Distributor for Enagic Kangen Water® in NY. The water is clean, alkaline, micro-clustered, hydrating and Anti-oxidant. Enagic Water® ionizing generator uses high-tech process of electrolysis to restructure your tap water and transform it into alkalized, ionized water. It connects to your kitchen faucet, convenient, clean and tasty, Powerful Enagic Water® ionizing machines produces 5 different types of water. Easy to incorporate these waters into your eco-conscious lifestyle and household. We educate members of our community how important clean, healthy water is for the body. Our water change lives inside and out, in every home, business around the world. Not all water is created equal Are you drinking a healthy elixir or acid?

Secondly,  this from a banned alka-lie-zer advert in the UK

The Water Ionizer Company published a leaflet which claimed that their product had anti-ageing properties, could treat serious medical conditions, including leukaemia and arthritis, and had anti-bacterial properties.  The leaflet stated: "Our alkaline water is a powerful and effective antioxidant, and can minimise the accumulation of cancerous or damaged cells by decreasing the amount of free radicals in the body. Alkaline water with its higher pH can help balance the body's overly acidic state, destroying the optimum environment for diseases to thrive".

P.S. "Splash NewsBulletins", "Forum Q & A" , Biz Bank, Tech Bank and Quote Bank... ARE  ALL FREE services to all Authorized Aquathin Dealers and their clients to keep you abreast of technology updates and industry news.