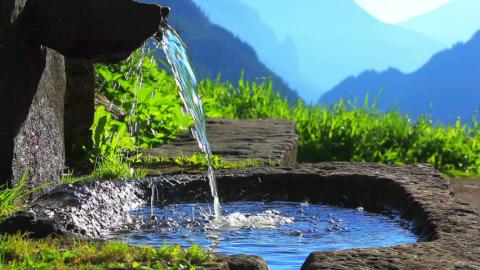 $600 million Amount that may be needed to build a treatment center that can remove molybdenum from Denvers water, according to estimates by the citys water supplier. The Colorado Department of Health and EPA officials recently rescheduled a hearing on rising molybdenum levels due to mining, moving it from December 12 of this year to November 2019. The Denver Post

Denver Water treatment plants cannot remove molybdenum, and expanding one plant to do that would cost from $480 million to $600 million, utility officials said in documents filed to the CDPHE.

So THREE BIG POINTS pop up about this

2)  What are Denver Citizens supposed to drink while waiting for "better" ???  THE COMMISSIONS ANSWER >>> JUST RAISE THE CONTAMINATION LEVELS SO THEY DO COMPLY !!!

Colorado health officials on Wednesday ignored state scientists and delayed for two years a decision on a mining giants push to weaken statewide limits on molybdenum pollution of streams, including a creek flowing into Dillon Reservoir, Denvers drinking water supply.

Denver Water contends that Climax Molybdenums campaign to jack up molybdenum pollution limits 43 times higher than at present could cost ratepayers up to $600 million for expansion of a water treatment plant. Trace amounts of molybdenum below a health advisory level already flow out of Denver taps.

A CDPHE hearing officer said the delay will allow time for industry-financed studies to move through a peer-review process and for the Agency for Toxic Substances and Disease Registry to make decisions on molybdenum toxicity. A temporary modification that currently allows elevated molybdenum pollution from the Climax Mine was extended this year through 2018, and CDPHE officials at Wednesdays meeting opened the possibility it could be extended again.

CDPHE scientists opposed the delay. The scientists, Denver Water and a coalition of mountain towns have opposed the push by Climax to allow more molybdenum pollution of Tenmile Creek, which flows down from the Climax Mine above Leadville into Dillon Reservoir, where water flows out through a tunnel to Denver and the upper Colorado River Basin. CDPHE water-quality scientists have determined that molybdenum pollution at the proposed new limits would kill fish and could hurt people.

Climax officials have relied on rat studies the company helped fund in asking CDPHE water-quality control commissioners to change the statewide limit for molybdenum in streams used for domestic water to 9,000 parts per billion, up from the current limit of 210 ppb. Climax also is asking the commissioners to raise molybdenum limits for waterways used for agricultural irrigation to 1,000 ppb from 160 ppb.

Denver Water treatment plants cannot remove molybdenum, and expanding one plant to do that would cost from $480 million to $600 million, utility officials said in documents filed to the CDPHE.

Those costs ultimately would hit ratepayers, the 1.4 million people who rely on Denver Water for their domestic water supply. The molybdenum pollution from Tenmile Creek that reaches Denver facilities today is below the human health advisory levels, Denver Water spokeswoman Stacy Chesney said.

Wed likely exceed the human health advisory standard if that (new limit) were to become the statewide water quality standard. Currently, the concentrations in Tenmile Creek have not been at a high enough concentration that would result in an exceedance of the human health advisory level, so an extension of the temporary modification for molybdenum is acceptable, Chesney said.

Chronic ingestion of molybdenum, which is used to harden steel, can cause diarrhea, stunted growth, infertility, low birth weights and gout. Molybdenum also can affect the lungs, kidneys and liver.

A subsidiary of the $46 billion mining giant Freeport-McMoRan, Climax Molybdenum runs the Climax Mine, which was closed for 25 years and reopened in 2012. This led to elevated molybdenum pollution at levels up to 2,500 ppb, 10 times higher than the current statewide limit. The temporary modification granted by CDPHE water commissioners, and extended this year, allows this elevated pollution through December 2018.

EPA officials recently said a molybdenum pollution limit as high as 10,000 ppb could be sufficient. But EPA scientists previously have advised lower limits.

Denver Waters current position is that the molybdenum limit should be based on scientific evidence. While Climax Molybdenum Company has presented scientific studies in support of its proposed standard, the studies fail to account for the effect high molybdenum concentrations will have on individuals with a copper deficiency, Chesney said. Because we do not know how high molybdenum concentrations will affect people with copper deficiencies, and EPA has not modified the Human Health Advisory for molybdenum to correspond with Climaxs proposed standard, the (state water quality control) commission should decline to increase the molybdenum standard to the level proposed by Climax.

A coalition of mountain towns also is fighting the proposed higher limits for molybdenum pollution of waterways.

Because of scientific uncertainty regarding the effects of varying molybdenum concentrations on human health, the commission should decline to make the changes that Climax Molybdenum Company has proposed in the statewide molybdenum standards, Frisco attorney Jennifer DiLalla said. The towns primary goal is ensuring that any action the commission may take with respect to molydenum standards is protective of the health of those who live and work and play in Frisco.